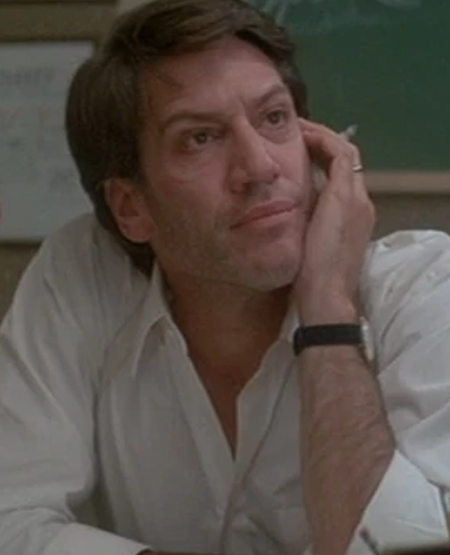 Trained professionally at the London Academy of Music and Dramatic Arts, a graduate of Dartmouth College, a Ph.D. in Dramatic Literature from Indiana University and, during his teaching days, a tenured Associate Professor, Stephen Macht is one of the best-educated working actors in America, today.

Stephen Robert Macht was born in Philadelphia, Pennsylvania, to Janette (Curlenjik) and Jerome Irving Macht. He is of Russian Jewish descent.

He starred as “Proctor” in “The Crucible”, “Orsino” in “12th Night”, and “Dunois” in “Saint Joan” at the Stratford Shakespeare Festival in Canada, where he was scouted and signed by Universal Television to come to Hollywood to begin his film career. Since then, he has played leading men in plays and dozens of television movies and feature films from “Yoni Netanyahu” in Raid on Entebbe (1976) to “Warwick” in Stephen King’s Graveyard Shift (1990), and from “Dan Lavetta” in The Immigrants (1978) to “David Keeler”, Sharon Gless’ love interest on Cagney & Lacey (1981). He has recurred on Boston Public (2000), Jack & Jill (1999) and Boomtown (2002). Soap Opera Digest nominated Stephen as “2007 Villain of the Year, for Trevor Lasing”, on General Hospital (1963), a role he played through 2008.

Opposite Charlton Heston, Stephen played “King Henry VIII” in “A Man For All Seasons” at the Ahmansohn Theatre, and prosecutor “Challee” in “The Caine Mutiny Court-Martial” at the Kennedy Center in Washington, D.C. He was “Henry II” in “Lion in Winter” at the Cleveland Playhouse and, most recently, “Lyman Felt” in Arthur Miller’s “Ride Down Mt. Morgan” at the Will Geer Theatre in what Variety called “a juicy star turn, appropriate for a character defined as a recklessly sexual, splendidly hungry man”.

Stephen taught at Smith College, was a tenured professor at Queens College in New York and has directed theatre and television in Los Angeles. Together with his wife, he is the father of actor Gabriel Macht, and of three other children, and also has eight grandchildren and counting. His greatest hobby and future plans are to provide a lot of entertainment for years to come. Through the years, Macht has participated in and supported various charitable causes, serving as an Honorary Board Member of the Parkinson’s Resource Organization and its Master of Ceremonies for the past ten years. In 1981 and 1982, he was the original moderator of the Los Angeles Jewish Federation’s JTV. He has been spokesman for the Jewish National Fund, M.C. for several Israeli Consulate functions and is a board member of The Center For Jewish Culture and Creativity under leadership of Ruth and John Rauch. In 2013 Stephen earned his M.A. in Jewish Studies at the Academy for the Jewish Religion, Ca. and is an ordained Chaplain. He officiates at weddings, baby namings, and funerals by private arrangement.