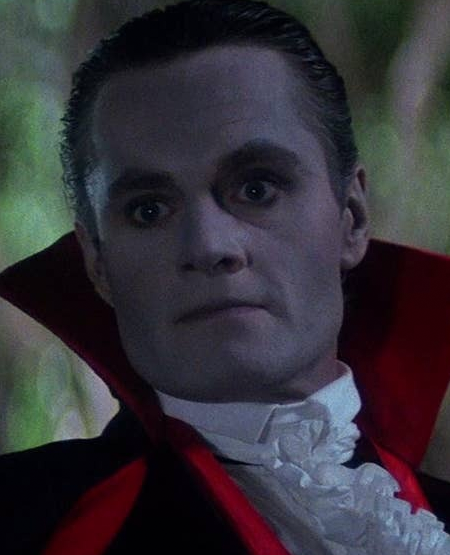 Duncan Regehr is a Canadian writer, multimedia artist, and film and television actor. He was also a figure skater and a classically trained Shakespearean stage actor in his native Canada, before heading to Hollywood in 1980. He is perhaps best known as Zorro in The Family Channel’s television series based upon Johnston McCulley’s classic hero, and from his roles in multiple television incarnations of Star Trek.

After numerous appearances in Canadian theatre, television (e.g., in the family TV show Matt and Jenny on the Wilderness Trail), and notable roles on radio for the CBC, he and his wife, Catherine, moved to Los Angeles, California, where he began to develop his work in film. Shortly after arriving, he was hired to play villain Prince Dirk Blackpool in the short-lived 1983 fantasy-comedy series Wizards and Warriors opposite Jeff Conaway’s Prince Erik Greystone. He went on to star in many more US television films, including the 1984 television mini-series The Last Days of Pompeii, as Lydon, the gladiator; as Errol Flynn in the 1985 CBS film My Wicked, Wicked Ways, based on the autobiography of Flynn; and on the science fiction series V as the Visitor military leader Charles. He also starred in the 1982 mini-series The Blue and the Gray as Captain Randolph. In 1987, Regehr portrayed a dynamite-slinging Count Dracula in the film The Monster Squad.

One of Regehr’s best-known roles to date was in Zorro as Don Diego De La Vega and his alter ego, the swashbuckling hero, Zorro. Regehr portrayed the masked hero for 88 episodes on The Family Channel from 1990 to 1993.

Regehr has also made numerous TV guest appearances. He was guest actor on Cybill, Murder, She Wrote, Hotel and the seventh-season Star Trek: The Next Generation episode “Sub Rosa” as Ronin, a ghost who falls in love with Beverly Crusher. He also appeared in Star Trek: Deep Space Nine as Shakaar Edon.

Regehr has been painting and drawing since childhood. An accomplished and successful artist, Regehr first exhibited his artwork in 1974 at the Stratford Festival in Ontario. The following year, he showed at the Yorkville Art Center in Toronto. Since then, he has had numerous exhibitions in Canada, Europe, and the United States. His work is found in collections worldwide, including the Jilin Collection (China), The Kunsthallen (Copenhagen), Focus on the Masters Archives for the Getty Museum (USA), and the Syllavethy Collection of Scotland (GB). Regehr’s automonograph, The Dragon’s Eye: An Artist’s View, received international acclaim and was lauded by art critics and literary reviewers as a book of visual and poetic excellence. In 1996 he won the American Vision Award of Distinction in the Arts, and was granted the lifetime appellation ‘Royal Canadian Artist’ with honours in 2000 by the Royal Canadian Academy of Art for his outstanding artistic achievements.

On November 10, 2008, Regehr was awarded the honorary degree of Doctor of Fine Arts by the University of Victoria, in Victoria, British Columbia, Canada. Some of his art works are also displayed in art galleries in the region.