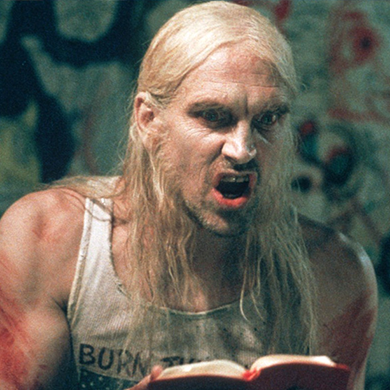 Bill Moseley is an American actor, primarily known for his performances in horror films. His best-known roles include Chop Top in The Texas Chainsaw Massacre 2 (1986), Otis B. Driftwood in Rob Zombie’s Firefly trilogy, Luigi Largo in Repo! The Genetic Opera (2008), and The Magician in Alleluia! The Devil’s Carnival (2015). He had a recurring role as camp cook Possum on the HBO TV series Carnivàle (2003-05).