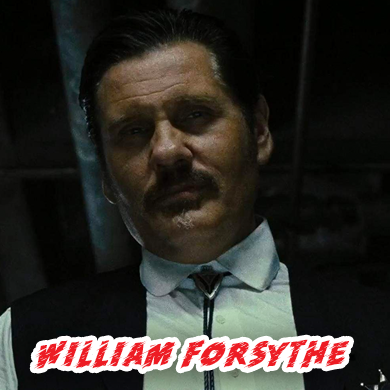 William Forsythe is best known for his portrayal of various gangsters and tough guys in films such as Raising Arizona, Gotti, Once Upon a Time in America, Stone Cold, Out For Justice, Things to Do in Denver When You’re Dead, Dick Tracy, The Rock, American Me and The Devil’s Rejects. He also played recurring characters in the series Boardwalk Empire, Justified, and John Doe.

William Forsythe will be appearing at Frightmare In The Falls both days.