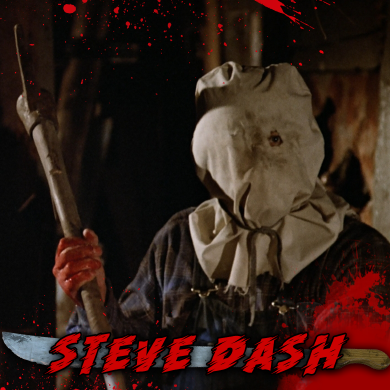 Steve Dash is best known for his role as Jason Voorhees in Friday the 13th Part II.s

A former cop who worked as a stuntman and actor beginning in 1977, he had small roles in Wolfen and The Jazz Singer. That led to work on Sylvester Stallone’s Nighthawks where he met Cliff Cudney. Cudney hired him to replace Warrington Gillette who was originally scheduled to play Jason in Friday the 13th Part 2.

Steve Dash will be participating in a special in costume photo op as Jason Voorhees both days!

Steve Dash will be appearing Saturday and Sunday.