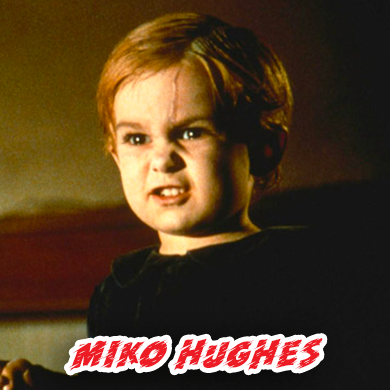 Miko started his acting career in a public service announcement when he was 22 months old and followed that up by appearing in his first feature film at 27 months old. Since that early start Miko has consistently been one of the busiest young actors in Hollywood. Miko is best known on film for his dramatic portrayal of an autistic boy opposite Bruce Willis in the blockbuster hit Mercury Rising (1998). In addition, Miko has also starred on film in Spawn (1997), Zeus and Roxanne (1997), Apollo 13 (1995), Kindergarten Cop (1990) and Pet Sematary (1989). In addition, Miko has also appeared in numerous television movies. He has also been a series regular, recurring character or guest star on many television series including Baywatch (1989), Touched by an Angel (1994) and The Nanny(1993). Miko received an Emmy certificate for his participation as the voice of “Tommy” in the number one rated Fox animated TV series Life with Louie (1995). His other voice-over credits include the voice of “Sly” and “Witt,” twin babies in the feature film Baby Geniuses(1999).

Miko’s appearance at Frightmare In the Falls 2021 is POSTPONED.