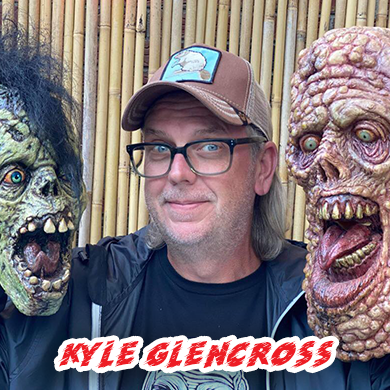 Kyle Glencross, began developing his make-up skills as a teenager in his home workshop. Throughout his youth, he worked on a variety of theatrical productions in the Niagara Region, honing his techniques in special make-up effects, prosthetics and mask making.

Kyle has enjoyed a career that has spanned over 25years, working on a variety of major productions in film and television. Some of the most recent highlights of his career include THE UMBRELLA ACADEMY, The Expanse, Handmaids Tale and Guillermo Del Toro’s THE STRAIN. Some past credits include Scott Pilgrim vs The World. George A. Romero”s Land of the Dead, 2004’s Dawn of the Dead remake, Frank Miller’s 300 and the SAW franchise.

Kyle will be appearing at Frightmare In The Falls both days.