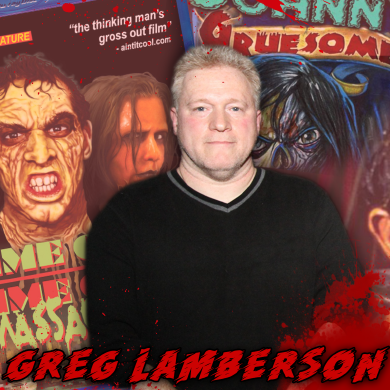 Author and filmmaker Gregory Lamberson has been creating horror for three decades. His first film, the cult classic SLIME CITY, is celebrating its 30th anniversary this year, and his latest, JOHNNY GRUESOME, will be released this fall. Some of Lamberson’s other films include SLIME CITY MASSACRE, DRY BONES and the award-winning KILLER RACK. He has written a dozen novels, including the six-book occult detective series The Jake Helman Files, and is a three-time winner of the IPPY Gold Medal for Horror. He is currently working on his eighth film, and is the co-director of Buffalo Dreams Fantastic Film Festival.

Gregory Lamberson will be appearing both days.