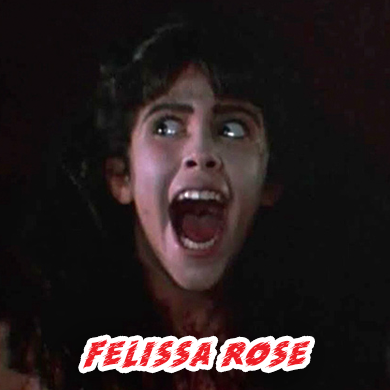 Felissa Rose Esposito grew up in New York always wanting to perform. At the age of 13, she landed the role of Angela in the cult film Sleepaway Camp (1983). At the age of 17, she applied for early admission to New York University’s Tisch School of the Arts and was admitted that fall. Attending The Lee Strasberg institute, she began formal training as a serious actress.

Performing in plays around Manhattan put her hard work to the test. Felissa played Denise Savage in Savage in “Limbo,” Karen in “Phone Sex,” Renée in David Henry Hwang’s “M.Butterfly,” Willie in “This Property is Condemned,” Desdemona in William Shakespeare’s “Othello,” and many more. Film work includes Woody Allen’s Another Woman (1988), Pain and Suffering, The Night We Never Met (1993), and MTV’s The Party Phone Series opposite Adam Sandler. She is currently working with NY Dinner Theater and plays Louise in Disorganized Crime as well as pursuing TV and film work.