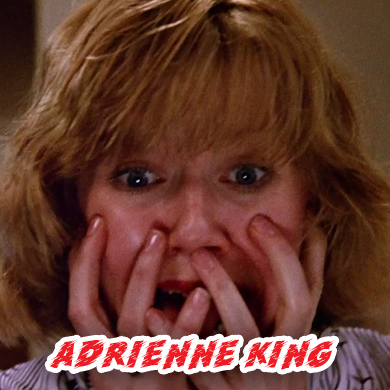 Adrienne was born in and raised Oyster Bay, Long Island and did her first commercial when she was six months old, and has stayed at it with a brief hiatus or two ever since. She has also studied voice and dance, being continually involved in some phase of show business. She has done numerous television and radio commercials.

Adrienne is also a member of the Joseph Jefferson Theatre Company, and her professional credits include summer stock and off-Broadway productions including “W.H. Auden”. After the success of Friday the 13th (1980), she appeared in its sequel and than became a voice actress (with voice roles in What’s Eating Gilbert Grape (1993), While You Were Sleeping (1995), and many others). Her return to acting took place in 2009, with the science fiction/horror film Psychic Experiment (2010).

Adrienne King will be appearing both Saturday & Sunday at Frightmare In The Falls 2019.