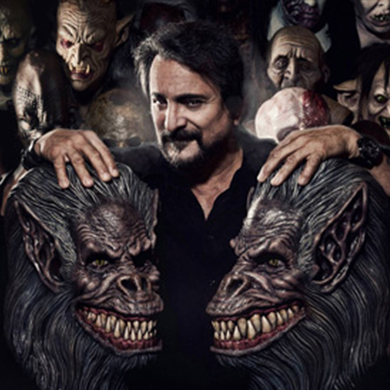 Actor/SFX wizard/stuntman/director Tom Savini was born in Pittsburgh. Inspired by the film Man of a Thousand Faces (1957), a young Savini became fascinated with the magic and illusion of film. He spent his youth in his room creating characters by tirelessly practicing make-up. Later, as a combat photographer in Vietnam, Savini saw first-hand the gruesome carnage for which he later gained fame, simulating it on screen.

He has acquired a remarkable cult following among film fans, primarily due to his ground-breaking SFX in the “splatter movie” explosion of the early 1980s. Along with fellow special make-up legends Dick Smith and Rob Bottin, Savini was one of the key SFX people behind the startling make-up & EFX seen in the fantasy/horror genre films of the 1980s-’90s. Savini was heavily influenced by the remarkable silent-era actor Lon Chaney, and he sought to emulate the amazing theatrical make-up effects that were a hallmark of Chaney’s career. In Savini’s insightful book “Grande Illusions”, he speaks of his early attempts at applying prosthetics to his face using “spearmint gum”, having misinterpreted that he was meant to actually use “spirit gum”! His first work was in low-budget fare, providing SFX and make-up for independently made horror films such as Deranged: Confessions of a Necrophile (1974) and Martin (1976).

He really caught the attention of horror buffs with his grisly effects in the cult George A. Romero-directed zombie film Dawn of the Dead (1978), and then in the controversial slasher film Friday the 13th (1980), the movie generally identified as the kickstart for the aforementioned “splatter movie” genre. Savini also contributed the incredible EFX & make-up to other splatter thrillers such as Maniac (1980), The Burning (1981), Creepshow (1982) and Romero’s third “Dead” film, Day of the Dead (1985) (for which he won a Saturn Award). In 1990, Savini directed his feature film debut Night of the Living Dead (1990), the remake of the original zombie-classic.

Not content with only being behind the lens, however, Savini has appeared in dozens of films, and can be seen demonstrating his capable acting skills as “Morgan, the Black Knight” in Knightriders (1981), as “Blades”, one of the biker gang members in Dawn of the Dead (1978) and as “Sex Machine”, another leather-clad biker–but this time with a groin-mounted gun–in the wild vampire film From Dusk Till Dawn (1996). 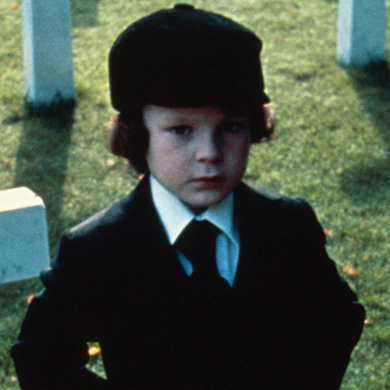 DAMIEN AKA HARVEY STEPHENS HAUNTS HIS WAY TO FITF 2022!

Harvey Stephens is an English actor and animator. He became world famous when he took on the role of devil child Damien Thorn in the 1976 film The Omen, which earned him a Golden Globe nomination for Best Acting Debut in a Motion Picture – Male. 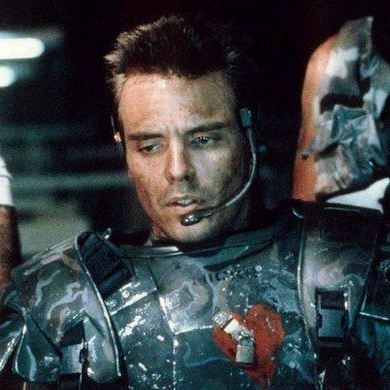 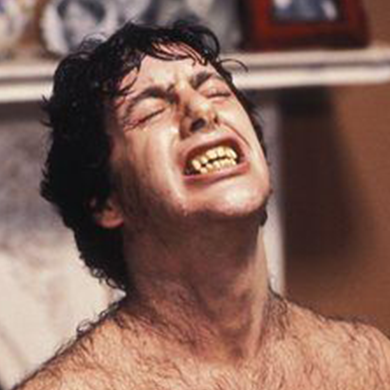 David Naughton is an American actor and singer known for his starring roles in the horror film An American Werewolf in London (1981) and the Disney comedy Midnight Madness (1980), as well as for a long-running “Be a Pepper” ad campaign for beverage maker Dr Pepper. He also starred in the short-lived sitcom Makin’ It and sang its hit theme song “Makin’ It”, giving him a Top 5 hit on the Billboard charts

Naughton first became widely known as a result of his four-year stint (1977–1981) singing and dancing in television commercials and personal appearances to promote Dr Pepper. He starred in the sitcom Makin’ It, and hit the Billboard Top Ten in 1979 with the sitcom’s theme song, also titled “Makin’ It.” A US million selling disc, the track also peaked at No. 44 in the UK Singles Chart. He starred in the Disney comedy Midnight Madness (1980) followed by his lead role in the Academy Award-winning horror film An American Werewolf in London (1981) directed by John Landis. He also appeared in the television series My Sister Sam and also in episodes of MacGyver, Melrose Place, Murder, She Wrote, JAG and Seinfeld.